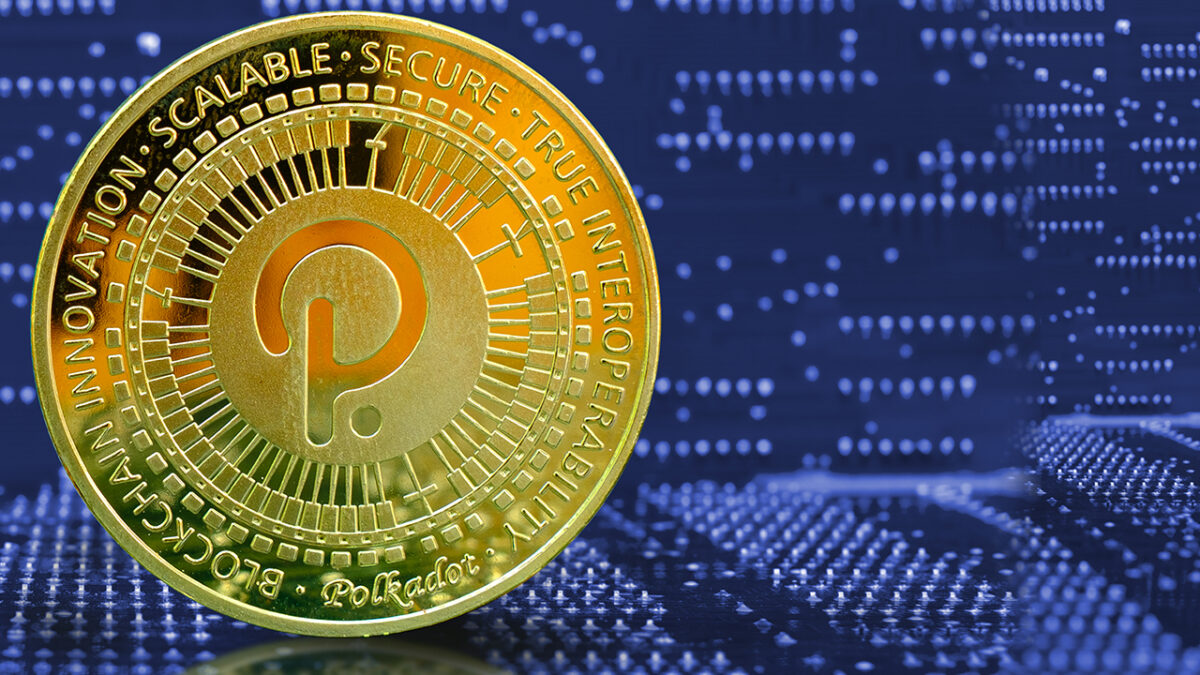 Polkadot Finally Ready for Parachains as Its Price Reaches an ATH?

How Has the Crypto Market Reacted to China Evergrande Group?

Polkadot (DOT) is an exciting project that is revolutionizing the crypto space with its advanced smart contracts and across-the-chain interoperability. In this Polkadot crypto guide, you will learn about the Polkadot blockchain and the DOT token in detail. It also analyzes whether the Polkadot (DOT) is a good long-term investment or not.

After reading this guide, you will be able to buy or trade Polkadot from a trusted cryptocurrency exchange, including Swissborg, Phemex, Kraken (for US citizens), and Binance.

What is Polkadot (DOT)?

Polkadot (DOT) is a third-generation blockchain protocol that aims to connect multiple blockchains with one another. It has been programmed/designed to build a multi-chain universe where several blockchains can co-exist and operate together to create a more vibrant, interoperable mega-system of blockchains.

Polkadot (DOT) is one of the most talked-about projects in the crypto space and is deserving of all the attention it is getting. It does not only allow users to send tokens from one blockchain to another but also allows for the exchange of real data.

The aim of this project is to create a larger network in which different blockchains can benefit from one another and can help the crypto space progress more. As Polkadot aims to connect multiple blockchain networks, it has also been labeled as the internet of blockchains.

What Problems Are Being Solved by Polkadot (DOT)?

Interoperability is one of the biggest issues in the crypto space today, and Polkadot (DOT) is among a handful of projects that are aiming to solve this problem.

There are over 10 thousand different cryptocurrencies out there that are running on different blockchains. The majority of these projects are isolated and cannot be used collectively in an efficient manner. Polkadot is solving this issue with a variety of proprietary technologies and can bring multiple blockchains together to execute more complicated functions.

Polkadot is also able to establish communication channels between a public and a private blockchain.

What Are the Benefits of Polkadot (DOT)?

Polkadot is considered one of the strongest crypto projects because its benefits are limitless. By bringing multiple blockchains together, the possibilities Polkadot offers are countless.

Data can be transferred between all kinds of blockchain, and users will be able to enjoy the best features of every blockchain connected to the network. It will not only improve the interoperability but will also help the network scale and become more secure.

Some of the main benefits of Polkadot are as following:

With Polkadot, the talks of scalability issues can be put to rest. It allows countless blockchains to come together and work as Parachains to enhance scalability. The number of transactions that can be processed on any blockchain can be increased dramatically with the Polkadot network.

There are plenty of blockchains out there that are getting slow and outdated with time. However, this will never be an issue with Polkadot. The platform will support upgrades, and users will be able to improve their blockchain experience with time.

Transferring assets from one blockchain to another is something that is very rare in the crypto space these days. With Polkadot adoption, users will be able to execute cross-chain transactions hassle-free.

With Polkadot, small blockchains would not have to rely on their weak security structure. They can simply become a part of the unified security chain and can use better security measures provided by other chains involved.

As Polkadot will become a support for other blockchains, it can isolate certain transactions and process them at a faster rate. Currently, Polkadot claims to process a lot more transactions than the Ethereum network.

Unlike other blockchains, Polkadot has a defined governance mechanism that makes network upgrades much easier.

Polkadot (DOT) was first introduced in 2016 by none other than the Ethereum co-founder Gavin Woods. Gavin was an integral part of the Ethereum project and is also credited for creating Solidity – The programming language on which the Ethereum network is built.

He decided to part ways with the Ethereum team in early 2016 as he wanted to build a blockchain network that was more robust and did not have the limitations Ethereum was experincing.

The project raised $145 million with its ICO in October 2017, but it suffered a security breach shortly, and the success was short-lived. The breach took place at EthCore, which was a core development team behind the project.

However, the company came back strong in 2018 and introduced its impressive smart contract chains. In 2019, the project became a main player in the game with its Alexander testnet and POC-3 completion.

How Does Polkadot (DOT) Work?

You can divide the components of the Polkadot Network into four different parts, i.e., Parachains, Parathreads, Bridges, and Relay chain.

Parachains and parathreads are heterogenous blockchains that are combined and connected to the Relay chain. Sometimes the chains are also required to be connected to external networks, which can be done with Bridges. Each of the protocol offers the following functions:

Parachains are independent blockchains that have their own token. They are added to the network because of their utility and the benefits they offer to users. These chains have full control over their network and can govern their own rules without affecting other Parachains connected to the network.

Parathreads are quite similar to parachains and function in the same manner. The only difference is that they are not connected to the network all the time, which makes them cheaper and more efficient.

The relay chain is the base of the Polkadot network and is responsible for all the major elements, including shared security, cross-chain interoperability, and consensus. The consensus on Polkadot’s Rely chain is achieved through a couple of different mechanisms. The first one oversees the block production, and the second one helps with the finality.

“Bridges” is also an important protocol and is required at certain times. It allows parachains and parathreads to expand the network’s interoperability by establishing a bridge between the Polkadot network and an external network (like Bitcoin BTC).

What is DOT Token?

The DOT token is the native token of the Polkadot blockchain and offers several different use cases. The token can be used for:

The governance mechanism used by Polkadot is quite different from the ones other popular blockchains are using. Polkadot does not require hard forks when it comes to network updates. Instead, it relies on a transparent on-chain voting process that keeps the community unified.

The Polkadot community is divided into two major groups:

How to Buy Polkadot (DOT)?

Polkadot (DOT) is one of the major cryptocurrencies and is available on most centralized exchanges. You can buy or trade it on the following best crypto exchanges:

If you are looking to trade DOT with leverage, you can signup on the following exchanges:

Note: Traders who are new to crypto should trade with PrimeXBT Covesting. The exchange allows you to copy trades of experienced traders.

DOT is arguably one of the most popular cryptocurrencies out there and has attracted billions of dollars in investment from all across the globe. If you are looking to invest in the crypto space, then DOT is an excellent option for long-term gains.

According to DigitalCoinPrice, the price predictions for DOT for the year 2025 are as following:

Polkadot offers great usability and has built a strong ecosystem with more than 180 projects. Some of the major projects that are operating on the Polkadot network includes:

Conclusion: Is Polkadot (DOT) Worth Investing?

Polkadot has made some serious buzz in the field of decentralized finance and is a project that is praised highly by the crypto community. Advance scalability, interoperability, improved security, and easy integration are making a difference already, and the project’s demand is increasing.

The price of the DOT token is connected directly to the Polkadot blockchain, and as the blockchain progresses, the price will only climb higher. If you believe in Polkadot’s innovation, then investing in the DOT token is an excellent choice, and you would not regret it in the long run.